In Memory of Ellsworth Kelly 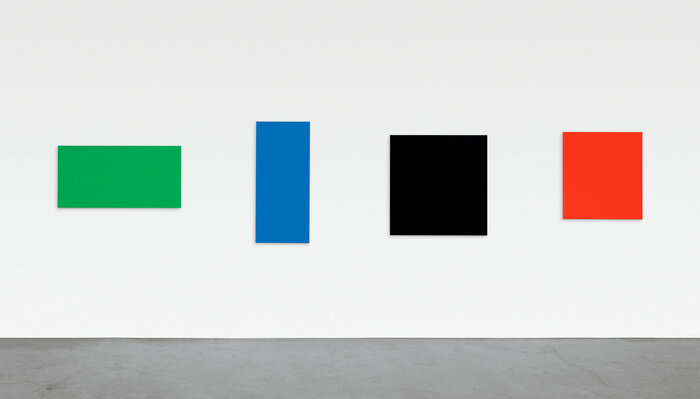 Via nydailynews.com by BY  Stephen Rex Brown:

Ellsworth Kelly, a painter and sculptor who was one of the most influential American artists of the 20th century, has died. He was 92. Kelly’s abstract paintings combined vivid colors with geometric shapes, premiere examples of the minimalist aesthetic in modern art. One of his signature works, “The Chatham Series,” is made up of 14 L-shaped monochrome panels. “I think if you can turn off the mind and look only with the eyes, ultimately everything becomes abstract,” he told The Los Angeles Times in 1991.

EMMANUEL DUNAND/AFP/GETTY IMAGES  A man looks at the Kelly’s painting “Spectrum VI,” which was sold for millions at Sotheby’s in 2007.

“I’m not searching for something. I just find it. The idea has to come to me … something that has the magic of life.” Matthew Marks of the Matthew Marks Gallery said Kelly died Sunday of natural causes at his home in Spencertown, N.Y. Kelly was born in Newburgh, N.Y., in 1923 and served in the U.S. military during World War II. He studied art in France for several years on the GI Bill and had his first solo show at the Galerie Arnaud Lefebvre in Paris in 1951.

“A careful observer of form, color, and the natural world, Mr. Kelly has shaped more than half a century of abstraction and remains a vital influence in American art,” President Obama said in 2013 when awarding Kelly the National Medal of Arts. Kelly’s works are on display in modern art museums around the world. “I think he bridged European and American modernism,” Marks said.” He was a real American original.” 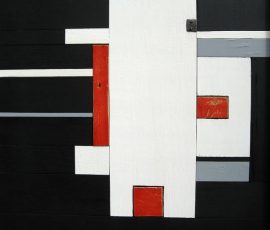 The Clean Lines of Geometry
Some brains are just drawn to the clean lines of geometry. Personally, I feel calm, cool and collected when I see bars, shapes and colors drawn within distinct boundaries. If this style of art appeals to you, show off...