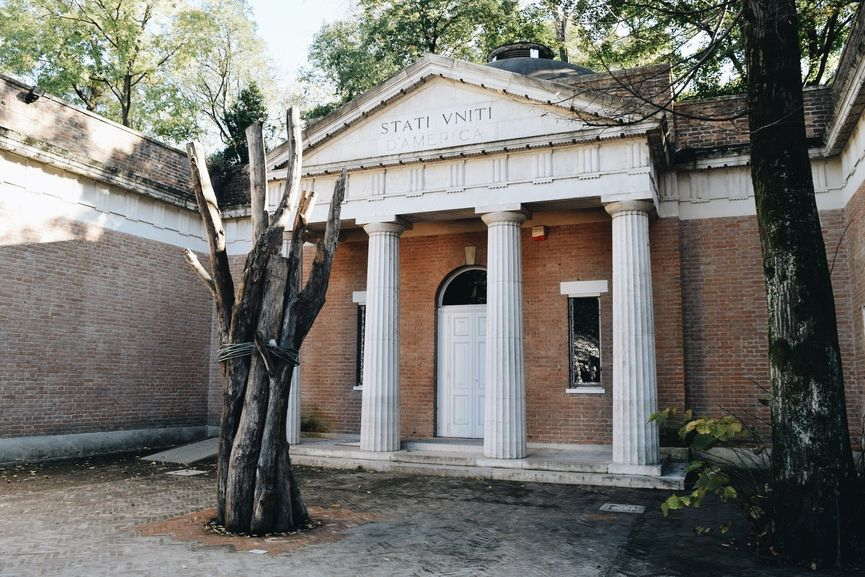 United States Pavilion at the Venice Biennale 2015, via newyorkaise.com

The United States Pavilion:
American artist Mark Bradford’s installation forces visitors to enter the building from the left rather than through the imposing front door marked with columns. “I don’t think progressive ideas ever come through the front door,” Bradford says. “We always come through the side door, through the window, through the tunnel we bore, we struggle for our identities.” One of the works, Bradford says, “is a cliffhanger. It is about having a hope in something that you can’t see, which is the future, and acknowledging where I’ve been.” 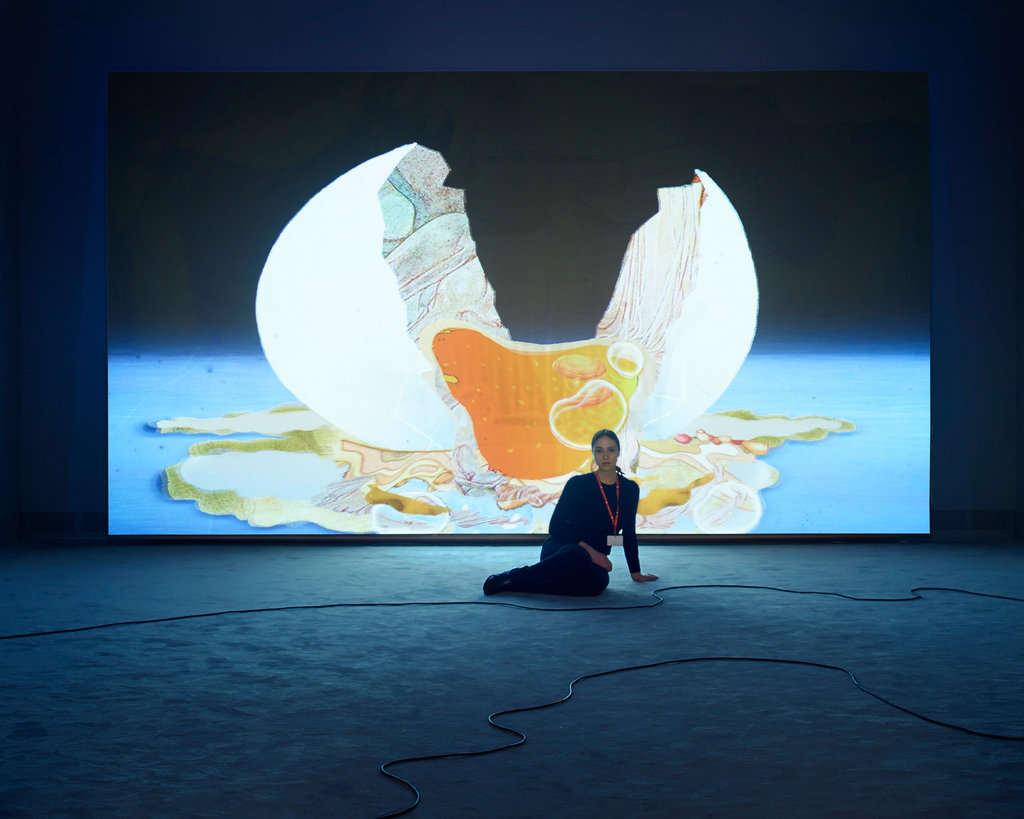 Rachel Rose’s “Lake Valley” Installation:
This work features an animated video about a pet left home alone, and is like stumbling into someone else’s dream. Rose’s animation is layered with thousands of 19th-century illustrations which she lifted from children’s books; these patterns bleed into one another to form the landscape of the garden where the creature escapes to as well as its home. Almost psychedelic in its movements, “Lake Valley” leaves the audience with a sense of unease that feels at once fresh and familiar. The German Pavilion:
Anne Imhof’s German pavilion might best be described as an immersive painting composed of actors, Doberman pinschers and sculptures. The living installation is set into motion by a troupe of sharp-eyed artists, musicians and dancers who Imhof has continually collaborated with. You can feel their chemistry. It’s contagious. 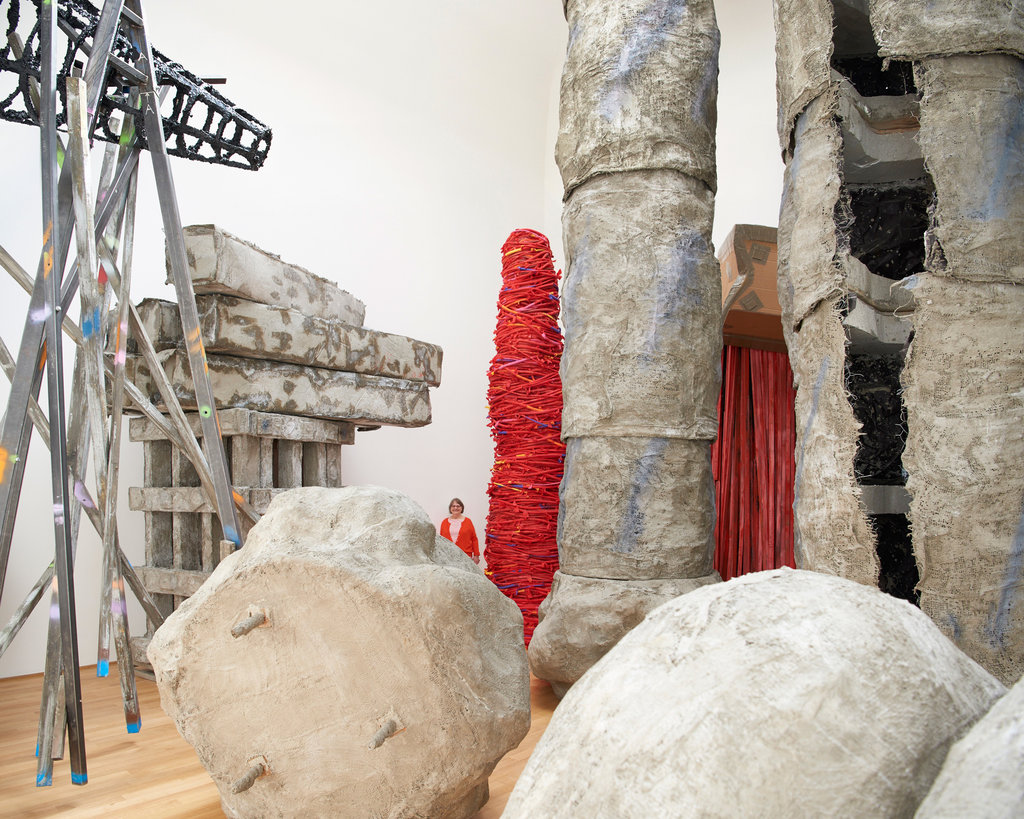 Phyllida Barlow with her sculptures in the British pavilion. Credit: Jason Schmidt

The British Pavilion:
Phyllida Barlow’s works press the viewer to look up and consider their own size. “I have a desire to reach beyond the standard eye-level experience,” she says of her pieces’ scale. “I make the sections my size so I can have contact with them continuously, but once they start to assemble they become grand. It’s like the studio is a rehearsal, but we have no idea what we are rehearsing. We don’t even know what the play is, let alone the script.”

The Austrian Pavilion:
Erwin Wurm’s work at the Austrian pavilion conflates two waves: the moment when Homo sapiens first arrived in Europe via the Mediterranean and the rise of Italian tourism in the 1970s. A camper with holes cut into its exterior sits in a white room with its parts and furniture scattered across the floor; each presents a perch for meditation. “When tourists flocked to Italy in the ’70s, their caravans were not only their living rooms, but their bedrooms, their toilets and their kitchens,” Wurm says. “They didn’t even need to have contact with the people living there — they brought it all themselves. I wanted to give people the chance to escape, levitate and in a way infiltrate the life of this camper. In a way, the whole art world is a caravan.”